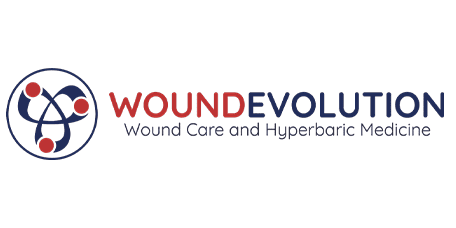 Dead tissue, foreign debris, and other unhealthy tissue in a wound interfere with healing and can lead to infection. Wound debridement includes several procedures that remove unwanted material from your wound. The team at Wound Evolution in Fort Worth, Dallas, San Antonio, Texas, and Overland Park, Kansas, have extensive experience using different techniques to debride your wound. If you have questions about your wound or the need for wound debridement, call or book an appointment online today.

What is wound debridement?

Wound debridement is a procedure to remove all the unhealthy tissue from a wound. The team at Wound Evolution - Wound Care and Hyperbaric Medicine uses one of several possible techniques to eliminate thickened skin, infected and dead tissue, dirt or foreign debris, and any other residual material in the wound.

When do I need wound debridement?

How do specialists debride a wound?

The team at Wound Evolution - Wound Care and Hyperbaric Medicine may use one of several procedures to debride your wound. The different techniques include:

Wound Evolution - Wound Care and Hyperbaric Medicine frequently performs mechanical debridement. They may use techniques such as hydrotherapy, a wet-to-dry dressing, or monofilament debridement pads.

Hydrotherapy relies on running water to clean away the unwanted tissue. The team may use a fluid-filled syringe to flush the wound or recommend a whirlpool or shower treatment.

Wet-to-dry dressing refers to applying a wet dressing to the wound and allowing it to dry and stick to the wound. When your provider removes the dressing, it also carries away dead tissue.

Your provider at Wound Evolution - Wound Care and Hyperbaric Medicine may use a soft monofilament debridement pad to gently remove the wound debris.

Autolytic debridement uses your body’s enzymes to soften unwanted tissue in the wound. Your provider performs this type of debridement by placing a moisture-retaining dressing, such as a hydrocolloid dressing, over the wound. As moisture builds up over a few days, the dead tissue softens and separates from the wound.

To achieve enzymatic debridement, your provider applies an enzyme-containing ointment or gel. The enzymes soften the unhealthy tissue, which collects on a dressing that you change once or twice daily. Removing the dressing also eliminates the debris.

Your provider may perform a minor surgical debridement using instruments such as scalpels, curettes, or scissors to cut away the dead tissue.

If you have a large wound or one that’s infected with antibiotic-resistant bacteria, your provider may recommend debridement using sterile larvae, more commonly known as maggots. Though it may sound uncomfortable, this technique is painless and it’s an effective way to eliminate bacteria, which the larvae ingest.

If you need wound care or have questions about wound debridement, call Wound Evolution - Wound Care and Hyperbaric Medicine or schedule an appointment online today.